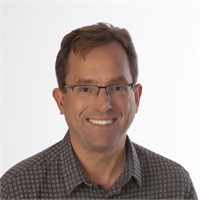 Steve has worked in finance related capacities since 1990.  Prior to joining and becoming a principal at Pittsburgh Financial Planners, Inc., Steve was the Trader and an Investment Analyst for a Pittsburgh based asset manager.  Additionally, he has worked as a turnaround consultant, held executive level positions at a publicly traded department store company and was an early employee for a company that helped pioneer Internet search and indexing.  He has broad operational expertise that span diverse functional areas.

Steve received his Masters of Business Administration from the University of Pittsburgh in 2003 where he completed two Signature programs, the first in Corporate Finance/Valuation and the second in International Economics. His undergraduate studies were completed in 1989 at The Pennsylvania State University, where he received a Bachelor of Science in Marketing. Additionally, he holds a Chartered Financial Analyst (CFA) designation.