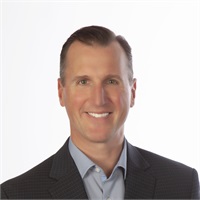 Prior to age 21, Brian passed the examinations for Series 7, 11 and 63 to become a Registered Representative in the Securities Industry, such that during the summers of his college years, he worked at several Washington, DC brokerage firms, gaining experience in his field of choice – finance and investments. He has worked at Muhlenkamp & Company as a manager in the Client Service Department, dealing directly with fund shareholders, private retail & institutional clients, as a financial advisor at Merrill Lynch (where he and Steve became very good friends) and as a trader at Schonfeld Securities in Manhattan.

Brian has well developed listening and critical thinking skills developed from his years of serving clients within an institutional asset management firm. For him, financial planning is an avocation that has become a vocation.

Brian graduated in 1995 from the University of Maryland at College Park with a Bachelor of Science in Finance. In 2009, he became a Certified Financial Planner ™ practitioner and in 2011 was named a Five Star Wealth Manager in Pittsburgh Magazine.

He lives in Upper Saint Clair, South of Pittsburgh, with his wife, Aliceson, and four children. He spends his spare time coaching for the USC High School Boys Lacrosse program.